Filly Di Somma presents 10 portraits of illustrious personalities, all born in Rome, who—by virtue of their merits and their extraordinary careers—represent the excellence of the Eternal City all around the world.

Composer, musician, conductor, and orchestrator, Ennio Morricone has written music for more than 500 films and TV series, as well as contemporary music scores. His distinguished career encompasses a wide range of genres, making him one of the most versatile, prolific, and influential film score composers of all time. His music has been used in more than 60 award-winning films and he has collaborated with directors such as Sergio Leone and Bernardo Bertolucci. In 2007, he received an Honorary Academy Award for his “magnificent and multifaceted contributions to the art of film music.”

Roman singer-songwriter par excellence, Antonello Venditti is considered one of the most popular performers in all of Italy. With over 30 million copies sold, Venditti’s music often explores the social and political issues of the day. Love songs or tributes to his hometown are other recurring themes, and songs like Roma Capoccia, Roma Roma, Grazie Roma, and Campo de’ Fiori have become true hymns of the Eternal City, immediately invoking distinctly Roman emotions and sensations. Quite simply, no one makes music about Rome like Venditti does. 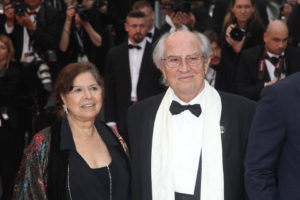 Vittorio Storaro is a cinematographer and winner of three Academy Awards for his work on Apocalypse Now, The Last Emperor, and Reds. In the course of his half-century-long career, he has collaborated with directors such as Bernardo Bertolucci, Francis Ford Coppola, and Warren Beatty. Son of a projectionist at the Lux Film Studio in Rome, at age 11 Storaro began studying photography, and at 18 he enrolled in a state cinematography school as one of its youngest students ever. He is well known for his long collaboration with Bernardo Bertolucci and is considered one of the greatest cinematographers of all time—thanks, in part, to his unique use of light and color. 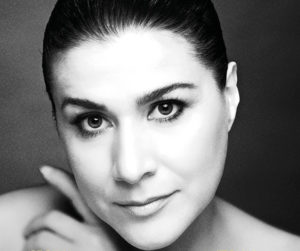 Rome-born mezzo-soprano Cecilia Bartoli has worked with the world’s leading orchestra directors, including Herbert Von Karajan and Daniel Baremboim, and at the most prestigious theaters around the globe, such as the Metropolitan, Covent Garden, and Teatro La Scala. Lauded for her professionalism, musicality, exquisite virtuosity, and acting ability, Bartoli has received numerous prizes and awards and boasts an extensive recording catalogue. Performing solo recitals in theaters all over the world, she continues her commitment to the promotion of baroque and classical music. 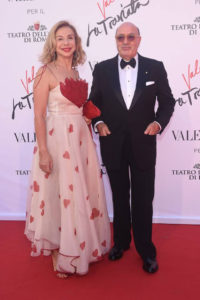 International production designer Francesca Lo Schiavo-Ferretti has been nominated for six Academy Awards for Best Art Direction, and she won the prestigious accolade three times for her work on The Aviator, Sweeney Todd, and Hugo. Her collaborations with her husband Dante Ferretti, another great Italian set designer, form a partnership of unparalleled artistic value. The reductive job title of ‘set decorator’ doesn’t do justice to her expert eye for aesthetics or her extraordinary creativity, which have led to her become one of the most noted and sought-after personalities in world cinema. 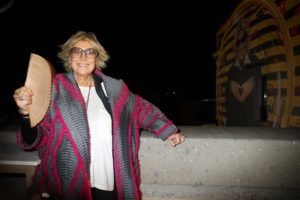 Alda Fendi is the youngest of the ve Fendi sisters, designers of the famous fashion house and extremely successful entrepreneurs in their own right. After studying in London, Alda began working in the family business under the watchful eye of her mother Adele, and later worked alongside the legendary Karl Lagerfeld in what would become a fundamental experience of her career. After realizing that she’d neglected her greatest passion—art—she created the Alda Fendi Esperimenti Foundation. With the aim of giving back to society and investing in Italy’s cultural heritage, the foundation organizes exhibitions, publishes books, and, above all, has repurposed the 17th-century Palazzo Rhinoceros in Rome. For the inauguration, the Arch of Janus, just next door to the palazzo, was illuminated by the aforementioned cinematographer Vittorio Storaro. 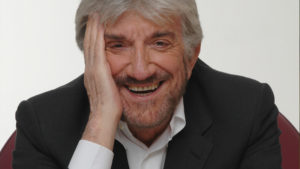 Roman through and through, Gigi Proietti is an actor, comedian, television host, director, and singer. Known for his one-man shows, Proietti often works without a director, allowing him the opportunity to unleash his acting verve and perform monologues, songs, impressions, and theatrical pieces on his own terms. His considerable body of work encompasses cinema, theater, TV, and radio, and in 2003 he commissioned the construction of Rome’s Globe Theatre—a copy of the famous Shakespearian playhouse—in Villa Borghese.

Affectionately dubbed the “King of Rome” by fans, Francesco Totti is a former AS Roma soccer star, renowned for his creative playmaking ability. A world champion with the Italian national team in 2006, he retired from the sport in 2017. Also a goodwill ambassador for UNICEF, Totti is active in social causes and has donated the proceeds of his ve books and various TV rights to charity. He also runs soccer camps for children with disabilities and, in 2009, helped launch a campaign to promote the adoption of abandoned children. 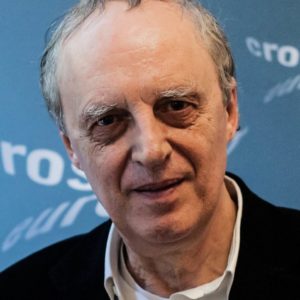 Dario Argento is a director, screenwriter, and lm producer. Known across the world as the “Master of the Thrill,” Argento has dedicated most of his life’s work to the production of horror films. Movies like Profondo Rosso and Suspiria (the latter of which was recently remade by Oscar-winning director Luca Guadagnino) represent true milestones in the genre. Argento began his career as a screenwriter, most notably working with Sergio Leone, and later developed his own trademark style, which includes a love of brilliant colors and an ability to constantly shock and terrify viewers. His first films in particular are now considered masterpieces of the Italian giallo genre. 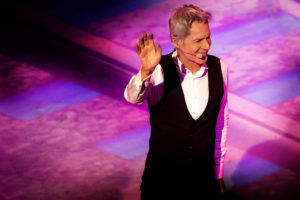 Claudio Baglioni has sold over 60 million records worldwide. As well as being a singer-songwriter and instrumentalist, Baglioni is also a television presenter and hosted the last two Sanremo Music Festival Awards. Thanks to his continuous musical and literary evolution, this multifaceted and innovative artist has found new generations of listeners and gained enduring popularity among fans. His concerts continue to pull in massive crowds and his unique vocal style means some of his hits just couldn’t be sung by anyone else. 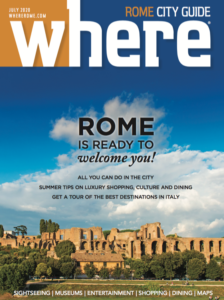