Sample the City – Taste of Roma

Rome’s biggest and best food festival is back! Taste of Roma returns for its eighth edition in the Hanging Gardens of the Auditorium Parco della Musica, from the 19th to the 22nd of September. The highlight of Rome’s foodie calendar, this four- day event showcases the best dishes coming out of Roman kitchens right now. This year, 14 top chefs from the city’s most renowned restaurants take part, rustling up 56 gourmet dishes to be enjoyed not on ne china and starched tablecloths, but on the spot in this convivial, social setting. 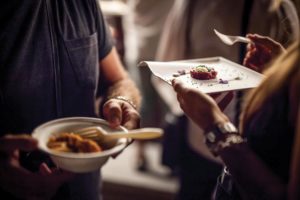 The list of chefs and restaurants taking part reads like a who’s who of Rome’s culinary scene. Foodies will recognize the likes of Daniele Lippi from Acquolina, the only Michelin-starred sea- food restaurant in Rome; Domenico Stile, head chef of Enoteca La Torre and the youngest Michelin-starred chef in the city; and Glass Hostaria’s Cristina Bowerman, one of the few Italian female chefs to have been awarded the coveted star. Unlike sampling the food at their respective restaurants, where the magic of the kitchen normally stays behind closed doors, Taste of Roma allows visitors to get up close and personal and watch the chefs in action as they prepare their culinary creations. 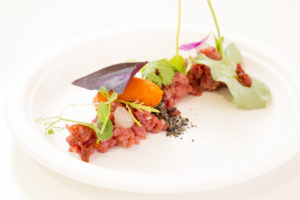 Prices are also incredibly palatable. Dishes clock in at €6–10, or rather, as the festival operates a cashless system, 6–10 sesterzi. Named after the ancient Roman coin, sesterzi are purchased and loaded onto a rechargeable card at the entrance or at any of the event’s wine bars. Each chef presents a handful of dishes, one of which must follow the festival’s theme. This year’s theme is color, meaning attendees are set to eat with their eyes more than ever before. Our food’s hue undoubtedly plays a key role when it comes to choosing how we dine. The festival’s dishes will emphasize ve shades, chosen for their unique attributes and associations: Red for passion, vitality, and a healthy dose of vitamin C; green for calmness and magnesium; white, a symbol of peace and often a source of potassium; orange, which comes from beta-carotene and conveys enthusiasm and liveliness; and black, from foods packed with antioxidants known as anthocyanins which have been linked to a whole host of health benefits. 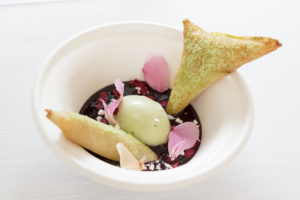 Visitors are invited to create their own personalized menu by sampling dishes from as many different chefs, and in any order, as they please. This flexible and informal approach to dining lends itself well to the format of the festival, which also includes a slew of other gastronomic activities to keep even the most discriminating connoisseurs satisfied. There’s wine tasting on board a “taste bus,” cooking demonstrations from the chefs themselves, and, for the first time, a BBQ Academy, dedicated to all things flame grilled. This traditionally American cooking technique will receive the gourmet treatment, as not just meat but everything from fish, fruit, and desserts to the decidedly Roman ingredient, offal, will be cooked on the coals.

Young gourmands are encouraged to join in the fun too, with plenty of hands-on activities and workshops to keep the kids entertained, including pizza-making, seed-planting, quizzes, and the creation of natural paints and pigments by cutting, crushing, and mashing up ingredients such as spinach leaves, beetroot, saffron, and spices. 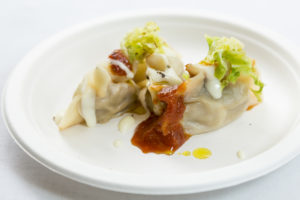 Taste of Roma takes place at the Auditorium Parco della Musica, which is easily accessible by tram 2 from Piazza del Popolo. Thursday and Friday, 7pm—12midnight; Saturday and Sunday, 12noon—5pm and 7pm—12midnight. Admission: €16 (reduced prices for children and groups) includes access to all general events and activities. VIP ticket: €60, includes, Sesterzi card with 25€ included, access to a private lounge, special events, and a welcome aperitivo/ appetizer. tasteofroma.it 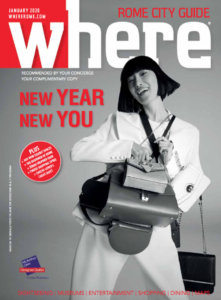