A Genius in Our Midst

The most highly anticipated art exhibit of the year is finally here. Tiffany Parks has the scoop.

Art lovers, circle 8 October in red on your calendars, for that’s the day that Palazzo Bonaparte inaugurates  its fall exhibit, dedicated to one of the most universally beloved artists in the world: Vincent Van Gogh. Mirroring the artist’s life and creative output, the exhibition is an emotional journey that tells the story of both the artist and the man through an unprecedented loan of 50 works, all from the Kröller Müller Museum in Otterlo, which houses one of the greatest collections of the Dutch artist’s works.

Van Gogh’s extreme sensitivity and tormented life are widely known, aspects that make his work even more fascinating to art historians and enthusiasts alike. His attacks of madness are legendary, as well as the long stays in the psychiatric hospital of Saint Paul in Provence, the episode of the severed ear, and ultimately his tragic death at the age of only thirty-seven: a self-inflicted gunshot to the chest in the Auvers fields. But despite—or perhaps thanks to—a life steeped in tragedy, Van Gogh would live long enough to paint a shocking series of masterpieces, accompanying them with sublime writings, and inventing a thoroughly unique style that made him arguably the most famous painter in the history of art.

The exhibit showcases many of Van Gogh’s most famous works, including the Self-portrait (1887), and in addition, biographical testimonies reconstruct the entire arc of his life and career. The exhibition itinerary is chronological, divided into the periods and places where the painter lived: from the Netherlands to his stays in Paris, Arles, St. Remy, and finally Auvers-Sur-Oise. From his passionate relationship with dark landscapes in his youth to his sacred study of flowers and plants, to human figures participating in everyday life, such as the sower, the potato pickers, the weavers, the woodcutters—all are an expression of Van Gogh’s greatness and intense relationship with the truth of the world. From 8 October. mostrepalazzobonaparte.it 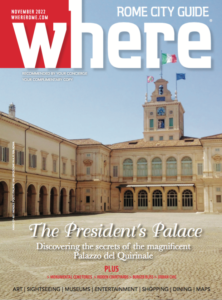