Home is where the Art is

The exquisite art collection of the Palazzo Doria Pamphilj. By Federico Schiaffino

The collection of the Palazzo Doria Pamphilj is one of the richest in the world. The name Doria Pamphilj Landi came about in the 18th century as a result of the union between three noble families: Giovanni Andrea II Doria married Maria Polissena Landi, while Giovanni Andrea III Doria Landi was joined in matrimony to Anna Pamphilj, a member of the family of Pope Innocent X.

The collection of objets d’art and paintings was begun by Giovanni Battisti Pamphilj before he ascended the papal throne in 1644, and was placed in the palace that the family owned on Piazza Navona. The Pope’s nephew, Camillo, looked after the collection: he was the son of the pope’s brother Pamphilio and of the famous and greatly feared Donna Olimpia Maidalchini, who the Romans (by means of Rome’s talking statues Marforio, Donna Lucrezia and Pasquino) nicknamed “Pimpaccia di Piazza Navona” due to her grumpy, unfriendly character and her avidity. Tradition has it that Donna Olimpia Pamphilj locked the dead body of the Pope in a wardrobe to avoid spending money for the funeral and that one night she secretly went to the Vatican in a carriage and stole all of the possessions of the deceased so that they would not become property of the Holy See. What remains of her is a marble bust by Alessandro Algardi, who succeeded in freezing that harsh look of the middle-aged woman with intense realism. The bust is preserved in the Galleria Doria Pamphilj.

A portrait of Pope Innocent X, entrusted to Velasquez in 1650 by the Pope himself, can now be admired in absolute tranquillity in a special hall. It depicts the Pope seated with a vexed but severe, hot-tempered look on his face, while behind him the colour red dominates. The artist’s signature can be seen on the scroll held by the Pope: Diego Velasco Spagnolo. In those years the collection was enlarged by the dowry of the noble Olimpia Aldobrandini, princess of Rossano and widow of Paolo Borghese. Truly in love, she married Camillo Pamphilj, who for her gave up the chance to become Cardinal. It is easy to imagine all of the difficulties that Camillo and Olimpia had to go through, surrounded as they were by relatives who were everything but comprehensive. They managed to succeed in their intentions, and in return the Pamphilj family received paintings by Raphael, Titian, Parmigianino and Beccafumi. In those years, Camillo also purchased new works including two by Caravaggio: Good Fortune, given to Louis XIV as a gift and now in the Louvre in Paris, and Rest during the Flight into Egypt, which became part of the Prince’s collection between 1649 and 1652. This painting, breaking from traditional canons, illustrates a musician-angel with his back to the viewer in the centre of the painting who acts as a dividing element between St. Joseph, representing the earthly world linked to food and drink and the stony ground, and the Madonna and Child, who, painted on a background of rare beauty, suggest the afterlife and the reign of God.

The palace on Via del Corso, owned by the Aldobrandini family between 1678 and 1681, was passed on to the Pamphilj family who decided to move their painting gallery there. Following the death of Cardinal Benedetto Pamphilj in 1730, the collection was reorganized in a more rational manner: architect Gabriele Valvassori built the new facade on the Corso and set up the Hall of Mirrors and the Painting Gallery in the four wings around the courtyard, and a catalogue with the inventory of all of the works in the collection was drawn up.

Though the Pamphilj line ended in 1760, the Doria-Pamphilj family lived on and enriched the painting collection with masterpieces by Bronzino and Sebastiano del Piombo. Today, the gallery hosts masterpieces of all time periods, some of which are truly exceptional such as the Annunciation by Filippino Lippi, Titian’s Salomé, and a double portrait by Raphael that hides the story of a friendship between man of letters Andrea Navagero and diplomat Agostino Beaziano, both friends of Pietro Bembi and Raphael and about to take a trip together to Tivoli. A section dedicated to Nordic painters hosts works by Hans Memling, Brueghel the Elder and the Younger and Mabuse, while the landscapes by Lorrain, Annibale Carracci and Domenichino, much loved by Camillo Pamphilj, are especially worth seeing.

In addition to the gallery, it is possible to visit the noble apartment of the Doria Pamphilj family with the sumptuous furnishings, the ballroom with a special area for the orchestra and the yellow room with the cradle in which the firstborn were placed at birth. In the green room, a portrait of Andrea Doria by Sebastiano del Piombo is conserved: his index finger indicates the symbols of the sea under him – an anchor, parts of old boats, and a helmet to remind the viewer that he was an Admiral. Velvet, silk, gilding, tapestries and mirrors decorate the walls. One has the sensation of being a guest waiting for an audience with the prince, and it is understandable that during her latest brief stay in Italy, Queen Elizabeth II decided to visit this jewel box of marvels. 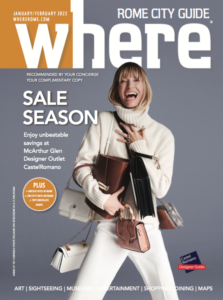