The leaves may be falling but culture is blooming in the Eternal City this month, with a slew of new exhibits, dance festivals, the annual film festival, and much more.

The 14th annual Rome Film Fest is a ten-day cinema extravaganza for professionals, journalists, and film buffs, with screenings, celebrity appearances, exhibitions, master classes, conferences, and debates, focusing on the fascinating world of international film. The festival takes place at the Auditorium PDM, Rome’s major performing arts complex, with a 1,300 square-meter avenue leading to the open-air theater that transforms into one of the largest red carpets in the world. Bill Murray, Ron Howard, and Bret Easton Ellis are just a few of the Hollywood heavyweights who will be meeting with the public this year. romacinemafest.it 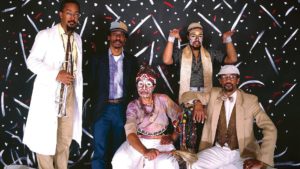 The Auditorium PDM’s Sala Sinopoli hosts the Art Ensemble of Chicago, a band that literally changed the course of music history. The avant-garde jazz group founded in the late 1960s became famous for their use of multiple instruments (which in some concerts numbered in the hundreds), their embracing of performance art, and their use of face paint and costumes in performances. Although a few of the original members have passed away, founding members Roscoe Mitchell and Famoudou Don Moye keep their memories alive through their music. Mitchell and Moye, along with guest artists, mark the ensemble’s celebrated 50-year history with a world tour, including one night in Rome. auditorium.com 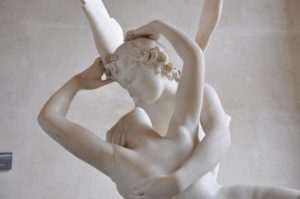 A new exhibit celebrates the deep connection between the art of Antonio Canova and the city of Rome, the latter of which was a source of genius and an inexhaustible font of inspiration for the neoclassical sculptor during the late 18th- and early 19th-centuries. Eternal Beauty, on at the Museum of Rome at Palazzo Braschi, displays over 170 works of Canova and his contemporary artists, on loan from some of the most prestigious museums in the world, including the Hermitage in St. Petersburg, the Vatican Museums, the Capitoline Museums, Venice’s Correr Museum, the National Archeological Museum of Naples, the Academy of Fine Arts of Bologna, and many others.

Romeo and Juliet – Tuesday 8 to Sunday 13

Located inside Villa Borghese, Rome’s most celebrated public park, a replica of Shakespeare’s Globe Theatre puts on performances of the Bard’s best-loved plays all summer long and into the fall. Performances are, alas, translated into Italian, with one notable exception: every October, the theater hosts London’s Bedouin Shakespeare Company for the performance of a single work in Shakespeare’s unmistakable English. This year, they are putting on a perennial favorite, arguably the greatest love story of all time, Romeo and Juliet. Seeing the timeless play in this circular, open-air theater is about as close as you can get to going back to Elizabethan times. 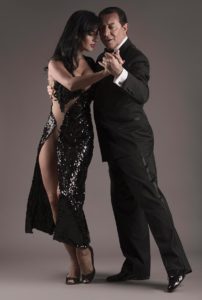 One of the greatest tango dancers of the century, Miguel Ángel Zotto returns to Teatro Olimpico for Rome’s annual tango festival, organized by the Roman Philharmonic Academy. This year’s edition, titled Te Siento…Tango, is a sensory journey that explores the various faces of Argentine tango, where elegance, sensuality, and seduction blend with energy and passion. Zotto is joined onstage by members of the TangoX2 Company as well as his partner Daiana Guspero. The choreography is accompanied by a live band consisting of piano, voice, and bandoneón. 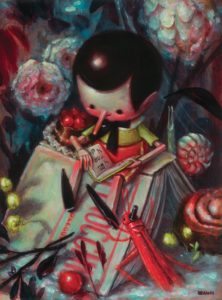 Young American artist Brandi Milne is in Rome to present her solo show Only in Dreams at the Dorothy Circus Gallery. Milne drew inspiration for the collection of Pop Surrealist paintings from classic cartoons, the world of Disney, and her own recollections of childhood, all enriched with an unmistakable American humor and finished with a high gloss. She creates a bittersweet reality where the experiences of love, loss, and pain are hidden among cheerful imagery, exploring the notions of a higher sense of life. dorothycircusgallery.it

1 Grab a table at one of Rome’s outdoor restaurants and revel in October’s sunshine (p24).

3 Second time in the Eternal City? Check out our off -the-beaten-path itinerary (p18).

4 Feast your eyes on dazzling Bulgari jewels on display at Castel Sant’Angelo.

8 Shakespeare’s Romeo and Juliet plays in English at the Silvano Toti Globe Theatre.

9 Peruse exhibit Canova: Eternal Beauty at the Museum of Rome at Palazzo Braschi.

11 Breakfast like an Italian with a cappuccino and cornetto at your nearest café.

12 Hear Berlioz’s heart-wrenching Requiem with the Santa Cecilia Orchestra at the PDM.

13 Head underground and tour the catacombs of St. Sebastian.

14 The Court (p40) promises a drink with a view: the swish bar overlooks the Colosseum.

15 Take a virtual reality tour of the Domus Romane at Palazzo Valentini.

16 Zip around the city on a Vespa; check out My Vespa for rentals. (myvespa.it)

17 Treat little ones to musical Mary Poppins at Teatro Sistina.

18 Unwind at Parco degli Acquedotti, home to a duo of ancient aqueducts.

19 Indulge in a Halloween-inspired cocktail tonight; see our suggestions on p21.

25 Hit the racks at the vintage shops in the Monti neighborhood.

26 Catch pianist Giuseppe Albanese as he interprets Debussy, Ravel, and more at the IUC.

27 The Vatican Museums are free the last Sunday of the month! Get there early!

29 Get into the Halloween spirit at exhibit The Mechanics of Monsters at PalaExpo.

30 Learn how to make homemade pasta at Grano & Farina (grano-farina.com).

31 Embark on our spooky tour of the city in honor of Halloween.