Stretching roughly 12 miles in length, the Aurelian Walls are the most impressive construction of the Roman age and, together with the Colosseum, symbolize the indestructibility of the Eternal City. The walls take their name from Emperor Aurelian who, between 270 and 275 AD, chose to defend Rome by building this incredible fortification that today offers an extraordinary elevated walk through history. For many centuries, Rome’s domination was so complete that fortifications were simply not necessary, but eventually the Empire’s power began to crumble. In the third century, the barbarians took advantage of a weakened empire and launched predatory raids against nearby cities. Aureliano, who had recently come to power, realized that protection from enemies had become a necessity, and proceeded to build the grandiose city walls we still see today.

The walls stretched about 10 to 13 feet high, and at one time were surrounded by a deep moat, doubling their height. Many pre-existing monuments were incorporated into walls, such as aqueducts, imperial buildings, military structures like Castro Pretorio, and funerary monuments like the Pyramid of Cestius. The walls were built externally in a linear manner, with bricks positioned one on top of the other in a rectilinear way, while an internal layer consisted of a mass of cement mixed with various material, making the walls virtually indestructible.

Over the following decades, successive emperors improved upon the walls, given the persistent weakness of the Empire and the continuing threat of the barbarians. The height was doubled and the walls were strengthened, resulting in the largest single structure ever built in antiquity. Semicircular openings allowed the legionaries to locate the enemy and use bows and crossbows as defense weapons. The only weak points in the construction were the openings necessary to enter and exit the city: namely, the gates, but these were protected by heavy iron grates and doors that were sealed after each opening. The walls did their job to protect the city until the Sack of the Visigoths in 410 AD, who only managed to penetrate thanks to a betrayal. The walls were not truly breached until the modern era, when, in 1870, Rome was invaded by Piedmontese troops at Porta Pia during the Risorgimento, the first time in 1600 years the defenses had failed. As Rome celebrates her 2773rd birthday this month, these magni cent walls are still standing, showing signs of damage over the centuries, but still as awe-inspiring as they were in antiquity. 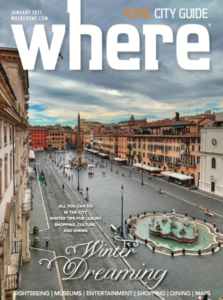