Meet Me in the Chamber

Lovers of chamber music are in luck with a packed month of concerts organized by the Roman Philharmonic Academy. Tiffany Parks has the line-up.

Not much can be counted on in life, but one thing is for sure: if you’re in Rome and you want to hear world-class chamber music, you can rest assured that the Roman Philharmonic Academy will supply. Their first concert of the month sees The Prometeo Quartet grace the stage of Teatro Argentina. One of the most popular ensembles on the international classical music scene, particularly for their interpretations of 20th- and 21st-century repertoire, the quartet dedicates the entire night to the music of Shostakovich, in the second of six concerts over the course of three seasons that tackles every single string quartet the great 20th-century Russian master ever composed. On the 12th of the month, a performance by Les Paladins Ensemble explores the dramatic repertoire of Händel’s vocal music with an evening dedicated to the arias of his most memorable heroines, interpreted by acclaimed French soprano Chantal Santon.

At Sala Casella, the final edition of the Assoli concert series takes place on 20 May with a solo recital by violist Carlotta Libonati. Born in Rome in 1996, Libonati opens with Bach’s Chromatic Fantasia transcribed for viola solo by Zoltán Kodály, followed by a more contemporary program featuring Sequenza VI by Luciano Berio, Cadenza for Solo Viola by Krzysztof Penderecki, the world premiere of Daniele Carnini’s Ad Inferias, and Silvia Lanzalone’s eViola, a composition for electric viola.

The Roman Philharmonic Academy also actively promotes exceptional young talent. Two such rising stars are cellist Marta Premoli and pianist Simone Sgarbati, recently singled out by the Humanitarian Society as important emerging performers. On 7 May, they will collaborate at the Sala Casella for an interpretation of Rachmaninoff’s Cello Sonata op. 19 and Shostakovich’s Cello Sonata op. 40. 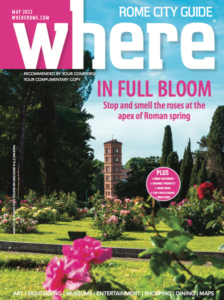