In a city packed with over a hundred museums and exhibition spaces, Rome’s newest cultural destination has some stiff competition. But she’s holding her own quite nicely with an inaugural exhibition that explores some of the rarely seen works by the heavyweights of the Impressionist period. 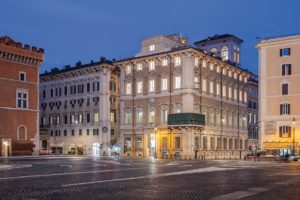 Located directly across Piazza Venezia from the massive white Victor Emmanuel Monument, Palazzo Bonaparte is easily one of the most spectacular private palaces in the city, replete with frescoed walls and mosaic floors. Completed in 1677 by baroque architect Giovanni Antonio de Rossi, the palace later became the residence of Napoleon’s mother (hence its name), who added the small green covered balcony on the corner of Via del Corso, a detail that has sparked curiosity from Romans throughout the centuries. The building has belonged to Generali Italia, an insurance company, since 1972 and has never opened its doors to the general public. Until now. After an intense period of renovation, the palace has reinvented itself as an exhibition space, opening in July of this year in collaboration with the international cultural promoter, Arthemisia. In its first- ever exhibition, Palazzo Bonaparte presents the much-anticipated Secret Impressionists. In the splendid rooms of the piano nobile, over 50 works by some of the most beloved names in art are showcased in an absolute unmissable event for lovers of the Impressionist movement. Monet, Renoir, Cézanne, Pissarro, Sisley, Caillebotte, Morisot, Gonzales, Gauguin, and Signac are just a few of the artists whose works are on view. 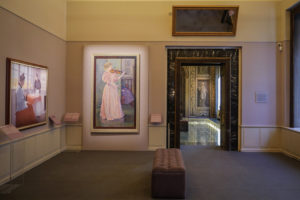 The paintings showcased constitute rare treasures that have been essentially hidden from public view, as they reside in private collections that almost never loan out their works. The exhibit was made possible thanks to a small team of French curators, which includes some of the world’s leading scholars, experts, and collectors of Impressionist art. Opens 9 October.

A Holiday Favorite Made New